0
0
June 30, 2011
Jonathan's Blog
While the rest of the United Kingdom was enjoying really high temperatures it was overcast Pwllheli. That didn’t stop the toppers getting out onto the water over the weekend. Their [...]

0
0
June 24, 2011
Testimonials
My name is David Jones. I regularly sail a RS 800 in north Wales and have known about the wot-tac for some time. I have been sailing for a number of years and recently I was offered the [...]

0
0
June 15, 2011
Spot the wottac
The winning photograph will be highlighted in the gallery each month and all the photogrpahs published can be viewed in the gallery. Take a look at the latest photographs – [nggallery id=2]

0
0
June 11, 2011
Jonathan's Blog
Cork 1720’s Irish Nationals – Crosshaven After a fantastic breakfast at the Compass Rose in Crosshaven we headed down towards the Royal Cork Yacht Club. I’m really looking forward to the [...]

0
0
June 9, 2011
Jonathan's Blog
Cork 1720’s national – Crosshaven It was glorious sunshine first thing this morning and there was a nice warm breeze blowing in off Pwllheli marina. We were taking LuvvlyJubbly the Cork 1720 by [...]

0
0
June 3, 2011
Jonathan's Blog
Pwllheli Sailing Club The second ISORA race from Pwllheli to Wicklow was a great success. There were 13 boats in total and despite the forecast for poor weather the race was a great success and [...]
Translate this page
Translate This
Make every second count 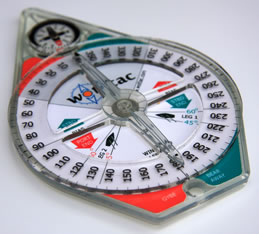 Using the wot-tac is simple.

Use it once you’ll never sail without it